The Economy and Spending Reform 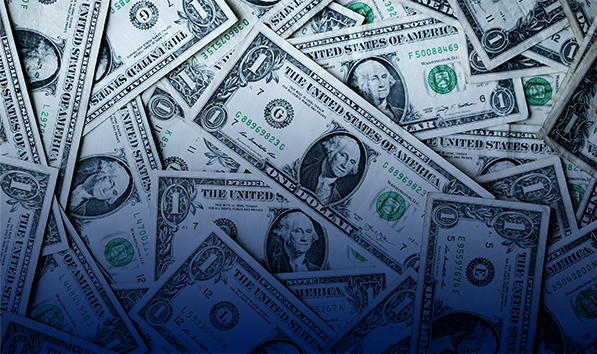 spending reform by N/A is licensed under N/A N/A
The largest inhibitor to private enterprise is the US Government.  Nowhere in the Constitution is business or industry mentioned, and what governmental involvement is listed in Article 1, Section 8-
We citizens are expected to maintain our budgets.  The same for businesses.  Why is it OUR money which the federal government takes from us, is used on so very many other things which are NOT enumerated in our Constitution?  That makes that spending UN-Constitutional, and it must stop.

I like bacon, but I do not like “pork.”  I will work to keep bills clean and without earmarks being added which have NOTHING to do with the spending.  I will work to do my duty to pass a budget and avoid the lazy and habitual “continuing resolutions.”  That is a dereliction of duty for members of the house.  I will not vote for special projects, even in our district or state.  I will be the vote of NO.

The Post Office must maintain its own sustainability. Private industry is competition, sure, but if they fail, then they should no longer be funded for failure.  Mail and package delivery.  Not domestic spying… not managing mail in ballots.

I will strive to defund agencies which are anti-America: the Department of Education, the National Endowment for the Arts, National Public Radio, etc., for starters.  I will work to eliminate Federal Flood Insurance for those barrier island mansions which are rebuilt by YOUR tax dollars after tropical storms.  (How easy is it to get to the beach when that is all “private property” paid for by your tax dollars?  Who zoned and permitted those barrier islands as residential where any regular insurance company would refuse coverage?)

People have the right to address their grievances with their elected officials, but the meteoric growth of federal agencies with regulatory powers has become a behemoth against which no citizen can appeal or win, nor do the elected “representatives” have the responsibility, having abdicated it to the very agencies it created.  The monster has overtaken its creators.

The government has involved itself in the regulation of business to the very detriment of those businesses.   With circular thinking that spirals itself downward, regulations strangle business, while taxing them beyond mention.  For example, each consumer wants to get the best value for their dollar spent.  Each worker wants to be protected.  Each business wants to make it maximum profit for shareholders, expansion, security.  But step in the government.  Companies are compelled to comply with OSHA standards- it is the law.  Depending on the industry the EPA becomes involved.  While good for the workers and good for the environment, the cost is great to the company.    To increase profits and avoid regulations, manufacturing is sent overseas where a great profit can be made.  In those overseas companies are people doing the work for far lower wages than our standard of living expects, without the same worker or environmental protections our nation demands.  We have a lower quality product, we silently or possibly unknowingly endorse slave labor or horrid working conditions for which this nation put in standards, and the environment of another country be damned.

I will work to abolish or scale back many of the regulatory agencies, as well as cutting or eliminating many of the agencies which would be better managed by private business.  Likewise, the must be stronger anti-trust laws to avoid the monopolies that are insidious.  Most of all, we must divest our interests in China.

Do we want our lifesaving drugs manufactured in a country which is our enemy- as any hostile Communist country should be?  Do we want sensitive technology based on corrupted chips manufactured by a country willing to spy on and persecute its own citizens when we are the enemy?
We must have OUR interests at the center of our economic decisions.  Workers must be free to work where they choose, in a company that opts to be better by doing the right things for the workers, the environment, their own interests, and thereby our nation.

Challenge your representatives to defend his or her vote, which is supposed to be YOUR vote!  YOUR money is being spent; it should be with your consent.
spending reform by N/A is licensed under N/A N/A