The 2nd Amendment is not for hunting 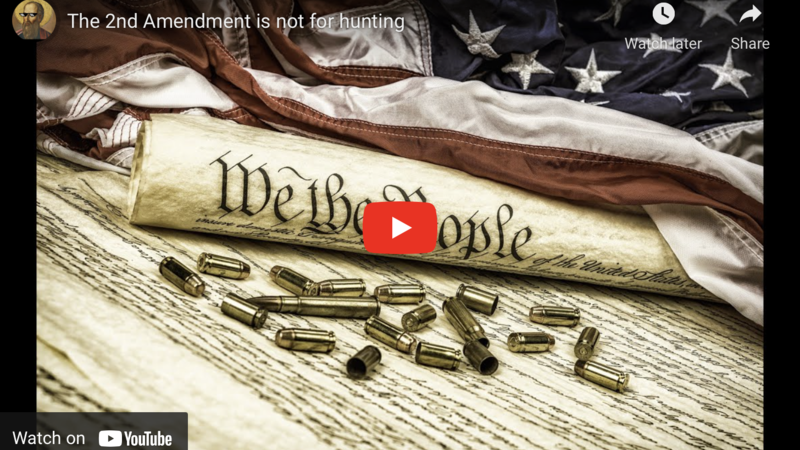 With the demonstration in DC, it became very clear that most of “Conservative Media” is perfectly content to remain as opposition media enriching themselves off of the anger of a populace, they have no empathy for. Others were quick to point fingers at Antifa, but this ignores the salient political issue of our time. America is broken and on the verge of a socialist government that has been creeping through every institution for over a century.

As a people, we have accepted a tyrannical amount of taxation that exceeds what the Founding Father’s fought against. We have accepted government overreach in all areas of our lives. We have accepted tyrannical lockdowns and “mitigation strategies.” We have suffered a long train of abuses in 2020. To make matters worse, we saw the government sit idly by when leftwing terrorists burned and looted America’s cities unwilling to defend life and property of its law-abiding citizens. Consider the words of the first two paragraphs of the Declaration of Independence.

The unanimous Declaration of the thirteen united States of America, When in the Course of human events, it becomes necessary for one people to dissolve the political bands which have connected them with another, and to assume among the powers of the earth, the separate and equal station to which the Laws of Nature and of Nature’s God entitle them, a decent respect to the opinions of mankind requires that they should declare the causes which impel them to the separation.
Video screenshot by N/A is licensed under N/A N/A